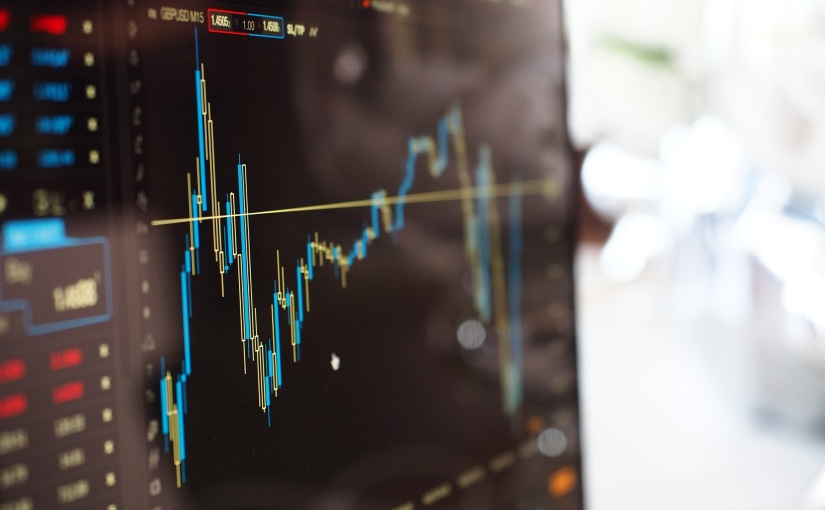 I had teased at how volatile cryptocurrency is in another post, but let’s dive a bit deeper to understand this new investment vehicle.

I’m assuming that if you’re reading this blog post that you’ve heard a little bit about what cryptocurrencies are from the media or maybe even some friends.

This means you were most likely introduced via Bitcoin. Bitcoin is considered the leader in the world of cryptocurrency. It currently enjoys the number one spot in terms of market cap at 189 billion dollars at the current time of writing.

Bitcoin was the beginning of cryptocurrency. It has first mover’s advantage over the other projects that are currently up and coming. This is a major reason as to why bitcoin is a crypto with the spotlight on it often.

Bitcoin operates on what is called the blockchain. Blockchain technology is what makes crypto incredibly unique. The use of the blockchain is where crypto yields its value from.

How it works is relatively complex and honestly, I still do not fully comprehend everything there is to know about the blockchain. However, I can help explain the most important parts such as what it does and how it works.

WHAT DOES IT DO?

The blockchain acts as a decentralized database where transactions can be completed and recorded. These records cannot be altered in any way once the block has been created on the block chain. This solves the big problem of trust between parties in a transaction.

Bitcoin acts as a form of currency that utilizes the blockchain. However, there are many different uses for the blockchain that can reach into multiple sectors such as the music industry, health industry, or internet of things (IoT). The number of industries that will benefit from the growth of blockchain tech is phenomenal. 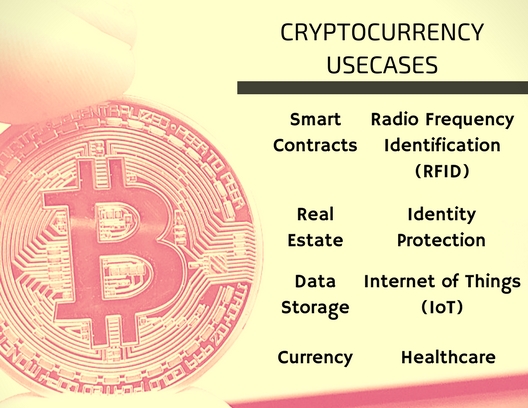 The tech is still very new being only approximately ten years old. Therefore, the tech still needs to be tested in these various fields to determine how valuable it will be to each field. The technology may become as influential as the internet, or it may completely flop. Only time will tell.

HOW DOES IT WORK?

Let’s say I wanted to pay for my food at a restaurant with bitcoin.

I put in a request to pay the restaurant via the blockchain. Once a transaction is requested between parties through the blockchain, a block is formed. This block contains information such as who is paying, who is receiving, and the dollar amount.

This block is then sent out to multiple cryptominers. The miners consist of a variety of people all over the world. This includes regular Joes like you and I, or bigger mining facilities that have been set up by companies. There are multiple miners that work each block, and these miners confirm the transaction by having their computers solve equations.

For their efforts, they are given a tiny bit of crypto, such as bitcoin, as a reward. Once the transaction has been confirmed, it becomes sealed and joins the other blocks that are on the chain. This is where the name “blockchain” comes from.

This is a very simplified version of the process. There are other aspects to these transactions such as public/private keys and hashes that make the process much more intricate and secure.

There are also multiple types of blockchains that function in slightly different ways. One such example would be the tangle. So while these are the fundamentals as to how it works, be aware that it could become completely different in the next five to ten years as the tech continues to develop.

WHY SHOULD I CARE?

Do I really need to tell you why you should care at this point?

Cryptocurrencies and the blockchain could become a major player in the fourth technological revolution.

The first was the utilization of steam engines.

The second was the utilization of electricity.

The third was the utilization of computers.

The fourth is occurring at this very moment with robotic technology, artificial intelligence (AI), nanotechnology, and the IoT all looking to push themselves into mainstream society.

Crypto is looking to become a major part of this revolution by changing the way data is recorded and secured.

At this point you may be saying, “That’s great and all, but why is this a financial post”?

This is a financial post because you can invest in cryptocurrencies.

However, I must say, it’s extremely risky.

Though the world has shown recent massive support for crypto, it can still ultimately reject crypto. The fact of the matter is, we still have a long way to go until we see mass adoption, and anything can happen between now and then.

This, in itself, already poses a big risk to investors. Don’t even get me started on the amount of scams that are ongoing in the world of crypto.

People have been relating the crypto market to the wild wild west, and for good reason. It’s an unregulated, highly volatile, and high risk market.

I believe it will be worth your time to read up on crypto as there is still massive room for growth in the field. However, approach it with caution. While your $10,000 may be worth $1,000,000 within a year, it can also be worth $0. Don’t ever invest more than what you can afford to lose.

Let it also be known that I am in no way a financial professional and this is simply my opinion and in no way advice on what to do with your capital.

If you do choose to make the leap into the world of crypto, then welcome to the wild wild west partner.